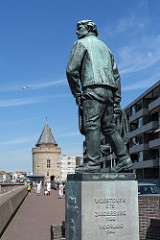 1.         The rate of play per player will be 90 minutes for 40 moves followed by 30 minutes with 30 seconds cumulative increment for each move starting from the first move. All moves must be recorded.

3.         The default time according to article 6.7.1 FIDE is 60 minutes. Any player who arrives at the chessboard after the default time will lose the game unless the chief arbiter decides otherwise.

4.         During the game, it is forbidden to carry a telephone or any other electronic device. A player found carrying such a device (for instance after a random scan) will lose the game. It is allowed to bring a telephone or other electronic device but it must be switched off completely before the first move and shall be stored in a bag near the table or in a pocket of a coat hanging over the chair, provided that the coat is not being worn. It is also possible to hand in the device to one of the arbiters before the start of the round.

The players on the live-boards hand over their phone or other electronic device to one of the arbiters before the start of each round.

6.       Smoking is prohibited on the entire grounds of HZ University.

7.       It is forbidden to play blitz games or to analyze in the playing hall.

8.       When you are registered as a participant, you must show up in person in the playing hall on the Saturday afternoon between 15:00 and 17:30. Failure to do so means you will be removed from the list of participants and not be paired.

It is possible to take a bye (for half a point) in round 2 or 3. A bye can be requested when registering on Saturday afternoon. The bye for round 2 or round 3 can also be requested in person to the chief arbiter until the end of round 1 or round 2 at the latest.

10.    Pairings will be made according to the FIDE Swiss Rules with the SwissMaster software.

11.    For the final standings and the prizes the tiebreaks are:

a.       The number of points scored. If this is equal the prize money (with the exception of rating prizes) will be shared.

b.       Direct encounter. This is only possible if all the tied players have met each other. The sum of points from these encounters will be used.

f.         A player shall be eligible to the rating prize for his own category only.

13.    All of these rules are subject to interpretation by the chief arbiter.

14.    In the event of a protest, the Committee of Appeal will make a final and binding decision.

The Committee consists of three players and two reserves, from five different federations. No member of the Committee of Appeal is entitled to take decisions in cases affecting a player of his own country.

The tournament director will be the chairman of the Committee of Appeal. He will not have a voting right however. He may call in an expert to assist him.

A protest by a player must be handed to the tournament director or his deputy within 30 minutes after the finish of the round concerned.

The Committee of Appeal shall reach its decision before noon of the day following the protest.

15.    To indicate the end of the game on a live-board the kings need to be placed on two of the center squares (d4, d5, e4,e5).
Both kings on light squares indicate White wins, both on dark squares indicate Black wins, one king on a light square and the other on a dark square indicate a draw.
To be certain that the end of the game is detected correctly: You can lift both kings at the same time before placing them back on the centre squares.

16.     The tournament organization can, at any time due to unforeseen circumstances, for example, the government measures applicable at any time in the context of the COVID-19 pandemic, decide not to let the tournament take place or to proceed in a modified form. 'In a modified form' should also be understood to mean applying before and during the tournament of measures prescribed by the government in the context of the COVID-19 pandemic.